48 hours into the CHF debacle, it’s always healthy to carry out some post-mortem analysis to learn the lessons of why it happened, and what we could have been done to weather it better.

What happened is crystal-clear with the benefit of hindsight (as it always is).

The CHF is a currency safe-haven, albeit a rather illiquid one, since it’s only backed by a tiny and financially hypertrophic economy. Ever since the EUR crisis, everyone and their mother placed some of their safety net in CHF – so much so that the Swiss National Bank was forced to ¨intervene¨ to keep the level at 1.20 to the EUR.

The intervention mechanism was: whoever bought CHF close to 1.20 sold to one counterparty, and one counterparty alone – the SNB. In broker parlance, the SNB became the daddy of all market makers by being the only player in the market with “unlimited” access to CHF close to the 1.20 EUR/CHF cliff. This filled the balance sheet of the SNB with foreign currency reserves… above all with a boatload of EUR, for EUR area is the Swiss’ primary commercial partner and the home currency of nervous europeans who by now trust neither their “unbreakable” currency, nor their tax-agency (the latter being food for another post).

With the EUR crisis on its way back (it has never really left…), the EUR has gone on free-fall, and EUR reserves were drilling the daddy of all P&L hits in the SNB balance sheet. That was before Herr Jordan got Mario’s phone call kindly announcing QE. Herr Jordan’s press conference is (financial) history being written as we speak.

Black Wednesday on September 16th, 1992, George Soros hit the headlines. Actually, he didn’t until after the dust had settled.

On the January 15th Donnerstagsdebakel (made this up, but it’s fitting for Thursday is the day of Thor and Thunder, depending on the language you choose), someone else hit the Jackpot.

We don’t know the name of the winner yet: journalists are still chasing around for a name and a photo to head their scoop… but if you want an outline of his likely background, read on.

The (retail) micro-story: Dancing on a cliff

We (traders, brokers, broker-dealers, and dealers) went about our business, nonplussed.

Traders saw juicy price-action dynamics at that level, and brokers readily offered (leveraged!) trading access to the CHF. Again with hindsight, everyone was dancing on a cliff… not wondering too much what would happen if (actually, when) Hoover Dam fell.

So far, all pretty standard, really.

The interesting (and sad) bit, and the one that has received the least early attention is that the Fall affected brokers (A-Book) and dealers (B-Book) in tragically different ways – just as you’d expect it, for brokers trade with customers and dealers trade against them.

This effect IS news, because what went belly up on Thursday is the capillary over-the-counter (OTC) system of broker-dealers that makes currencies flow world-wide.

The moment the previous market maker (the SNB) went on strike, Hover Dam fell and sent the EUR on free-fall against the CHF – which called the next market makers to action: customers short the CHF and their collateral posted with their agency-only brokers and Prime Brokers (we’re pure A-Book).

Once that was exhausted (the higher the leverage offered, the quicker), brokers’s and Prime Brokers’ stop-losses triggered, but there was no market, so the margin we had posted with our Prime Brokers was the market. We, a-book brokers became involuntary (and ill equipped) market makers of last resort, not against our retail customers, but our wholesale counterparties.

Technically we ran no risk since actually it was our customers shorting the CHF who got smacked. In practice, FXCM (and others!) now know better: you can’t hire an army of lawyers to track thousands of micro-debts because each debt is smaller than 30 min of lawyer fees.

So there you go.

(How or why they are allowed to invest massive amounts into advertising to earn business in regulated markets escapes our understanding, but that’s for another blog post.)

More to the point, how did they fare? Just fine, thank you.

They kept the deposits of those short the CHF, as they always do – and they didn’t have any losses with wholesale counterparties to match (all they do is trade against customers, remember?).

So how about the winners? You can bet that many of those outfits will keep the P&L of winning customers (there was no market, re-quotes, blah-blah), as they always do. That’s when operating an unregulated casino comes in particularly handy.

So there you go.

If you’re looking for more victims, go find would have been genius… who discovered a tad too late that trading with an unregulated bucket shop is a variation on the age old “heads I win, tails, you lose” coin toss.

They could have been George Soros, but learnt the concept of counterparty risk instead.

We had minimal CHF exposure, both in absolute terms and in relative terms both to the bulk of our business and our capital base. We weren’t watching much (there was no need), took a tiny hit. 3-quarters design, 1 quarter luck, bottom line is we came out just fine, and a lot of our users are now migrating incremental funds to us, which is a great honor.

All in, this was the cheapest life-saving lesson we will ever learn. And you bet we’ve learnt it.

The road from here

It was probably going to happen, and the regulators were probably looking for a justification… and now they’ve got it.

The Spot currency exchange market is the biggest OTC market in the world. Because it’s also the oldest, it stayed OTC way after technology and common sense recommended the move on exchange. What held that back was the mess of having to put in place an alternative to the network of broker-dealers that kept currencies flowing, unknown to the general public and most of even informed people in finance . It was clunky alright, but it worked.

If anything blew last Thursday, it was the very internal pipes that kept the OTC foreign exchange market flowing. Tens of legitimate financial outfits will spend some time working out just how much they lost… others are simply gone. With the pipes gone, the regulatory ought to do do has become an urgency must do…

If you have an opportunity to invest into a Multi-Lateral Trading facility that clears foreign currency, you can bet they’re going to be faceless big time winners of this, alongside the next George Soros. We, for one, have been trading with one because this bit we did see coming.

Related Posts
And the DarwinIA winners are… (January 2020)

read more
And the DarwinIA Winners Are… (November 2019)

The 50th edition of the DarwinIA capital allocation has come to its end. Here are the 80 winners of the maximum €5,000,000.00 notional AuM. We commit AuM for 6 months. We pay 20% success fee on profits and settle on a quarterly basis. Congratulations!

read more
And the DarwinIA Winners Are… (October 2019)

The October 2019 edition of the DarwinIA trading challenge has come to its end. Here are the 80 winners of the maximum €5,000,000.00 notional allocation for a period of 6 months. Congratulations! 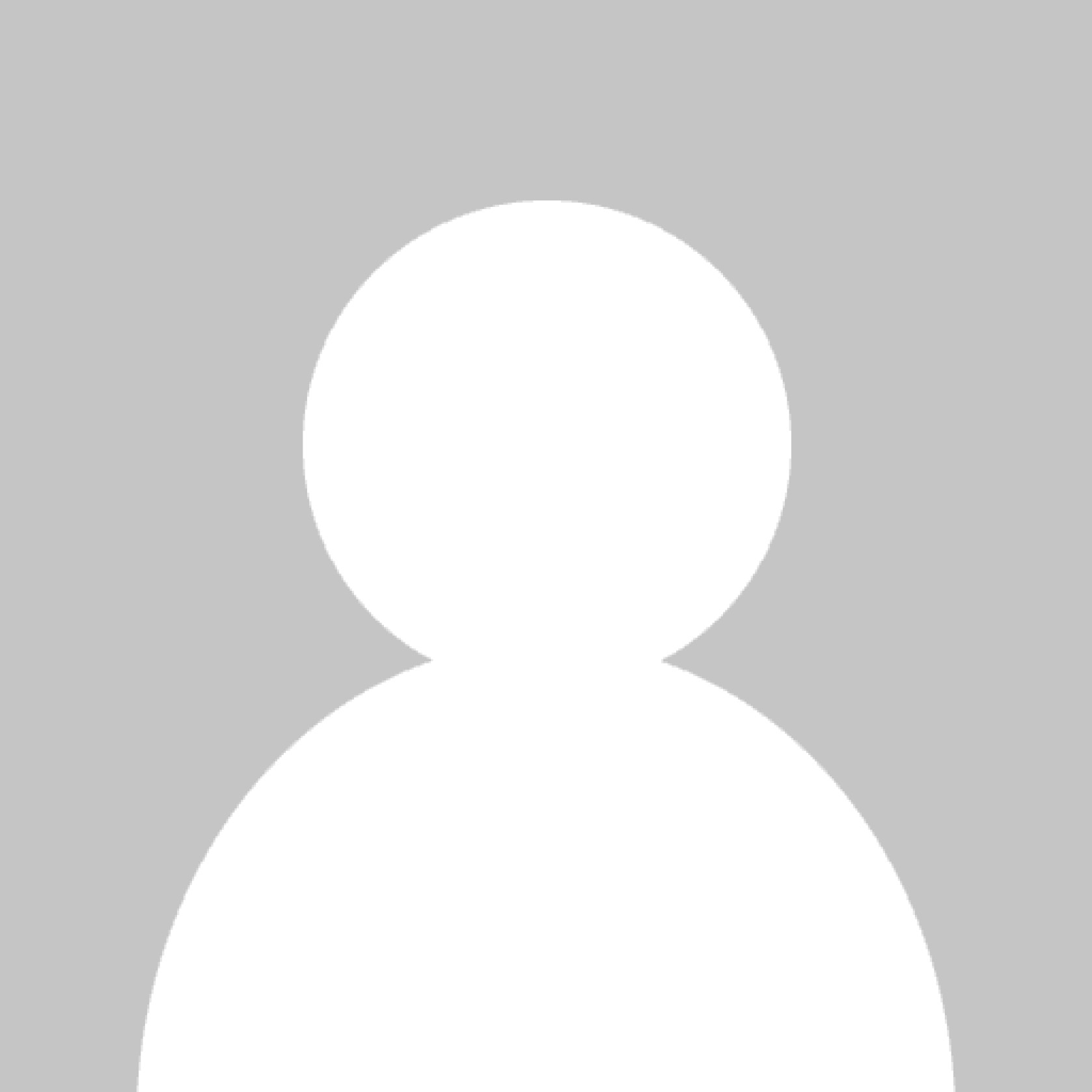 willy
scamer broker DARWINEX allow upload FAKE historicals in MT4 inyect in past the orders with administrator in metaquotes server then looks this, for example: http://www.myfxbook.com/members/CitadelEA/citadelea/1536079 this is FAKE, this team traders scam more more people and Darwinex cooperated is pure SCAM
Responder 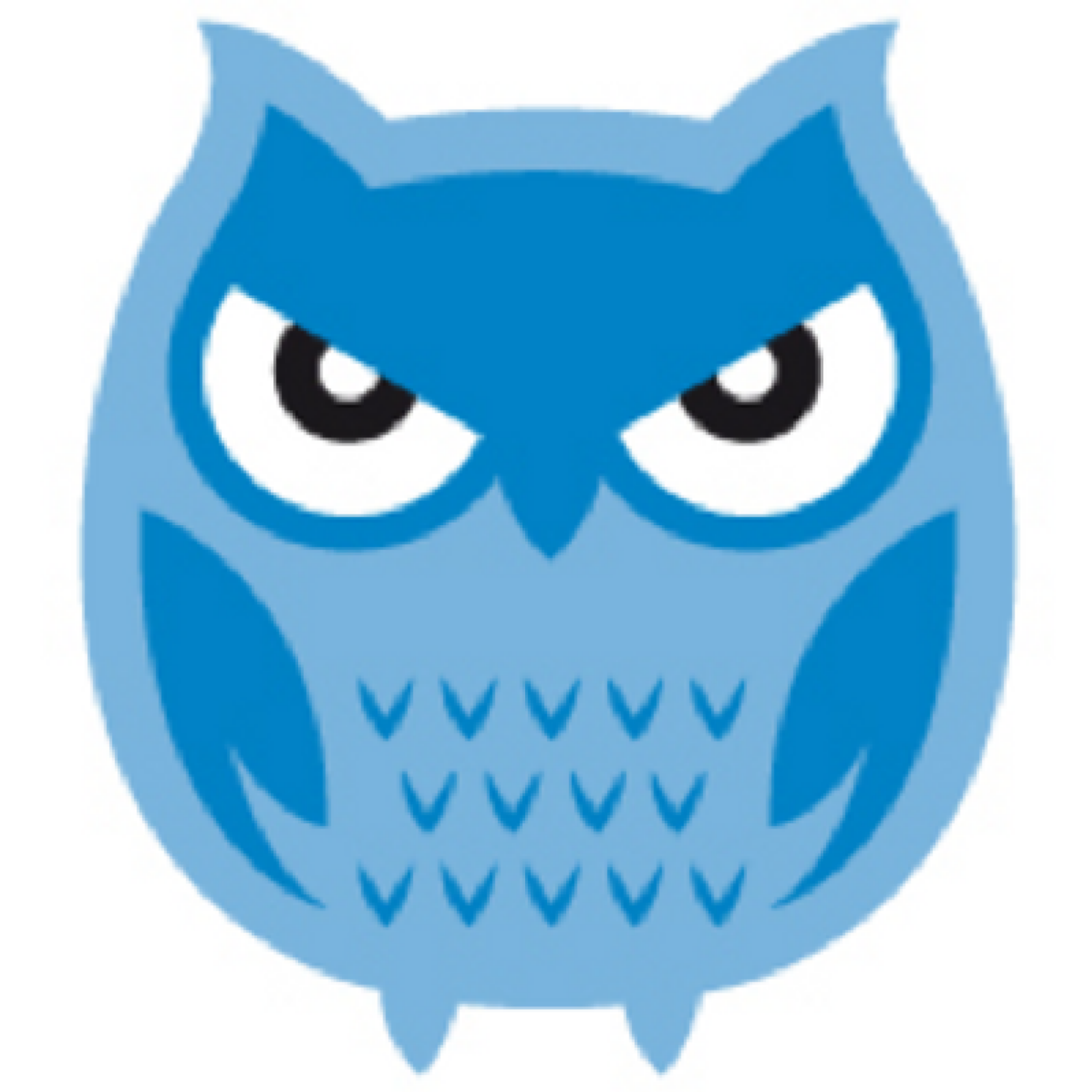 The Market Owl
Hi there - First of all, we would be grateful if you could kindly validate with us if any of this is possible, before slandering our reputation, both on this blog, as well as on other public review sites. It's bad karma. Secondly: your point that it's easy to fake track-records. Faking a track record requires ownership of an MT4 license for a server. You could technically spend USD 100.000 to purchase one such license, but there's cheaper ways to scam people, so I doubt this is a widespread phenomenon. Thirdly, let us remind you of our policy when it comes to listing Darwins on Darwinex site: a) we request traders to trade with us in order to list a DARWIN (they can't fool us through our server!), b) we only accept migrations from reliable brokers, and c) we do disclose the fact that a track record is imported from another broker. Lastly, let me confirm that the account in question trades live funds with our broker, and has made good monies - nothing makes us happier. So I guess rather than slander us, and the account holder, how about you get a life and leave us all alone? Thanks .-)
Responder 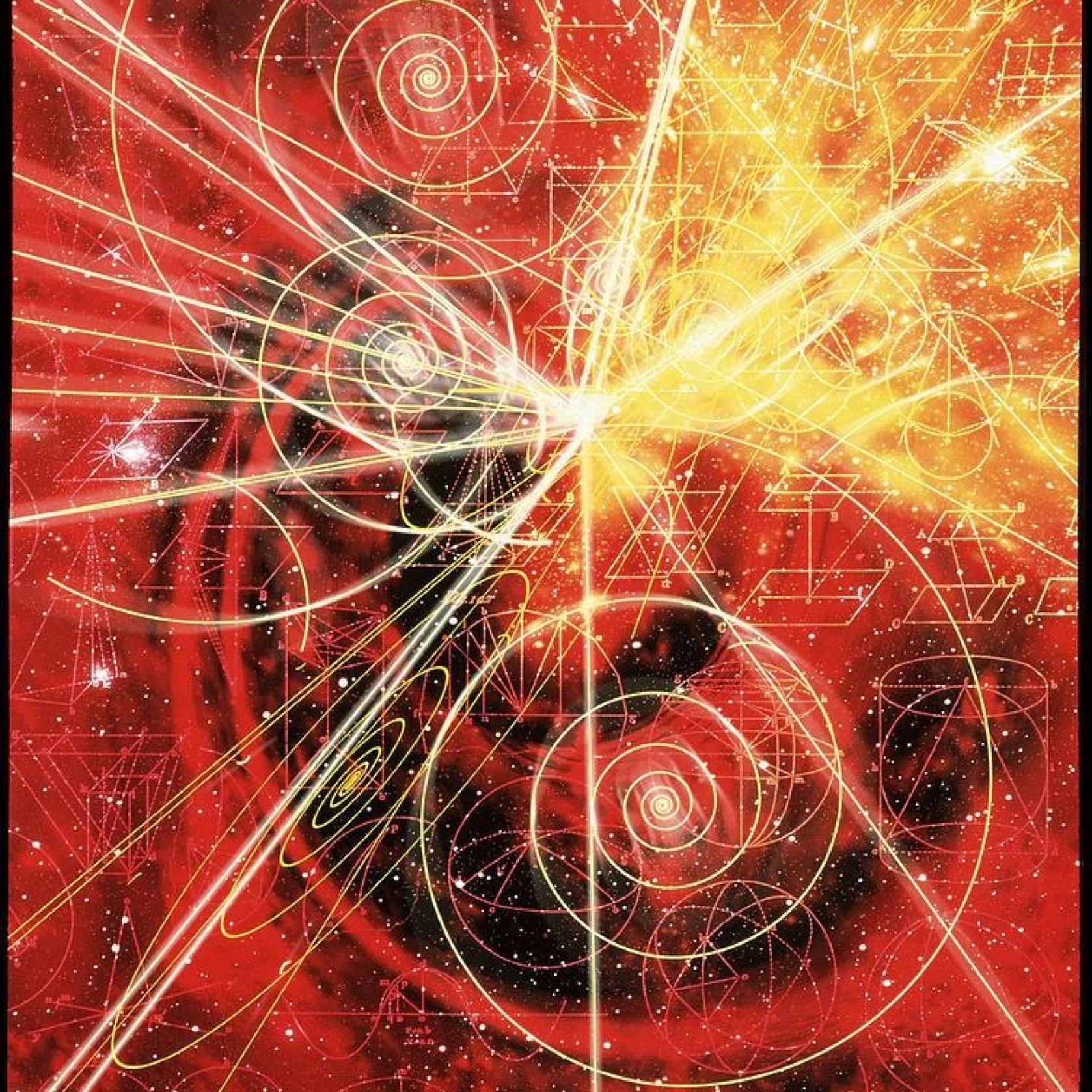 John Smith
great blog! thanks guys for educating the retail space. sorely needed. i'd like to add my 2cents to this discussion and say to people like willy to have a good read at the regulatory filing with the FCA: here is a link to Darwinex's : scroll down until you find the section Passport Out and click on that: you will that Darwinex has the following authorizations: A1, A2, A4, A5, and B5. here is the link: https://register.fca.org.uk/ShPo_FirmDetailsPage?id=001b000000NMcTBAA1#PanelShPo_PassportOut now, i thought i'd compare this to another broker out there since the new FXCM debacle their ads are in my face everywhere i go online--sorry FxPro, this is what you get for being so conspicuous ;) : so here are the facts: again, go to the FCA regulatory filing for FxPro and look under Passport Out: you will find that Fxpro has the following authorizations: A1, A2, A3, and B4. A3 means : Dealing on own account. Talk about conflict of interest! here is the link: https://register.fca.org.uk/ShPo_FirmDetailsPage?id=001b000000NMTlsAAH because i am also currently looking at Dukascopy, the FCA info shows under Passport In that they are not allowed to deal on their own account. they can passport in the UK because this is the branch firm located in Latvia of the Swiss parent company of the same name. here is the FCA link: https://register.fca.org.uk/ShPo_FirmDetailsPage?id=001b000000NMXXtAAP the question i ask myself and wish someone could answer decisively is this: since Dukascopy EU sends all client orders to the parent company's servers in Geneva, Switzerland, ie meaning that's the jurisdiction of the execution venue, does this mean then that Dukascopy Switzerland could deal on its own account since the Swiss regulation and neither MiFid nor the FCA regulations would apply? i went through the FINMA site, even did a quick scan of their banking law and annex, but couldn't find anything in this regard, or no interdiction. so until proven wrong, i'll assume they can deal on their own account as well.
Responder

The Market Owl
Hi John - we've written our thoughts on the subject here https://www.fxstreet.com/education/how-to-tell-a-forex-broker-from-a-market-maker-201509160000 and here http://blog.darwinex.com/how-to-tell-a-pure-forex-broker-from-a-market-maker/ There is a potential gap in the system: when an "agency only" broker owns an LP to which it sends all or part of its flaw - this obviously overcomes the above distinction. This is the reason why we provide every Darwinex user with an "Execution Report" disclosing which LP filled each of his trades, with what latency and slippage.
Responder